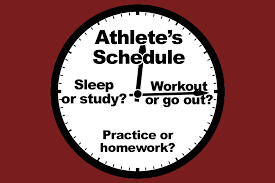 Student​: 1. Scholar, learner
Especially: one who attends school
2. One who studies : an attentive and systematic observer

Athlete​: 1. A person who is trainer or skilled in exercises, sports, or games requiring physical strength, agility, or stamina

These two words, as they stand alone, can provoke stress to an individual. To be a successful student, many have to put in countless hours of studying and doing homework in order to get good grades and finish top of their class, with dreams of attending college, and then maybe graduate school.

To be a dominant athlete, many put in countless hours of practice, and have to deal with failure time after time, only to learn from their mistakes and become a stronger competitor because of them. These failures come with dreams of reaching the next level, whether that is the varsity high school team, a college team, or even as far as playing professional.

But, together, being a successful “student-athlete” brings forth a whole new set of difficulties and monsters under the bed. First, a student-athlete has to deal with negative stereotypes that typical students do not. In a ​study​ conducted in 1993, it was found that students felt that student-athletes were not as smart as the average student, that they took easier courses to stay eligible, and that they were not as academically competitive as the typical college student. Not only among other students are student-athletes perceived differently, but professors give athletes a hard time when they ask for accommodations because of an athletic conflict, and more than half of student-athletes have reported a faculty member making a negative remark which embodied a “dumb jock” message.

Not only do athletes have to deal with negative stereotypes, but there are added pressures for them to succeed in school so they can be eligible to wear the title of “athlete”. Eligibility for play depends on the university’s ​division​, but, for example, to maintain eligibility to play at a Division I institution “40% of required coursework for a degree must be complete by the end of the second year, 60% by the end of the third year and 80% by the end of their fourth year.” Meaning that athlete have to follow strict protocol in order to the amount of classes they are taking each year to stay eligible. Also, “all Division I student-athletes must earn at least six credit hours each term to be eligible for the following term and must meet minimum grade-point average requirements related to the school’s GPA standards for graduation.”

Along with the strict requirements to stay academically eligible, student-athletes have to juggle spending a certain amount of hours with their coaches depending on the season, the sport, and the division of the ​university​. This is to add that some athletes also

balance a job on top of all of this in order to make money to pay for the part of school that their scholarship is not covering.

While being a student-athlete has many perks such as a team which creates the environment of a family, there are negatives that are often shadowed by a seemingly positive outside appearance such as negative stereotypes and the added pressures to stay eligible for the season so they do not let their teammates, nor themselves, down. These pressures also include the internal fears of not being good enough for self-standards, the risk of a career ending injury, and the potential of one’s identity being attached to their results leading to depression and aggravation when they do not meet other peoples standards. But, when it comes down to it, a student-athlete is just a person. There is nothing more or less special about being a “student-athlete” compared to being just a “student” or just an “athlete.” Even though a lot has changed since 1993, the negative connotation of a “dumb jock” still exists, and the only thing that can be done to end that is continually showing that the “student” in “student-athlete” does come first for a reason.

Sailes, G. A. (1993). An investigation of campus stereotypes: the myth of Black athletic superiority and the dumb jock stereotype. Sociology of Sport Journal, 10, 88-97. 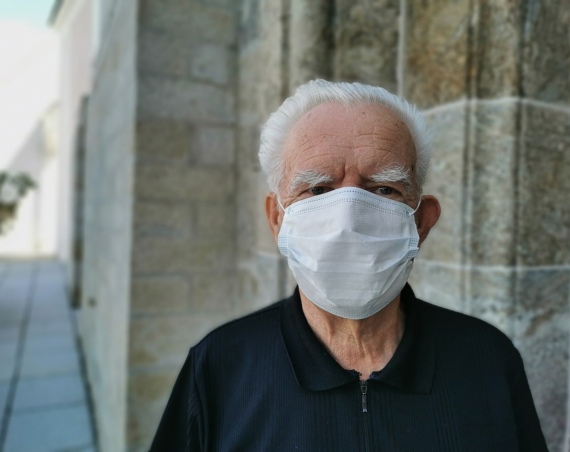 The Elderly During COVID-19: Why Young Minds Should Care 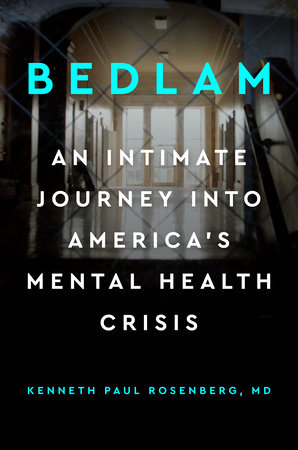