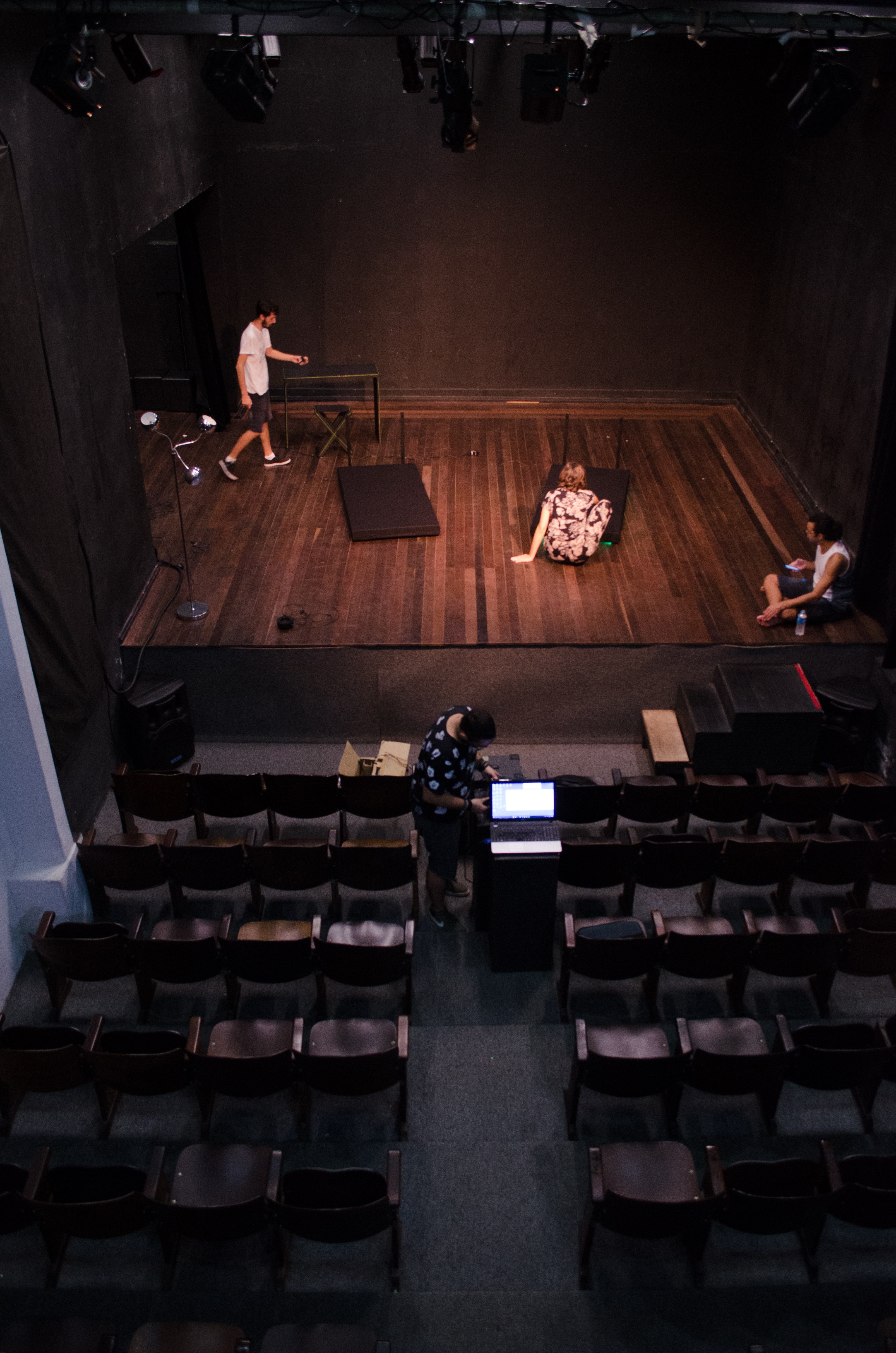 Rinse, Repeat, an off-Broadway play written by and starring Domenica Feraud, tells the story of Rachel, a Yale undergraduate, who spent the last semester at Renley, an inpatient treatment center, in order to recover from severe anorexia. After months of recovery, she spends a weekend with her family at their house in Greenwich, Connecticut to see if she is ready to continue her recovery journey at home rather than at Renley. The play is intense, emotional, and thought-provoking since it examines the pressures that impact Rachel’s relationships with her family, food, and herself.

Throughout the play, Rachel struggles with the fear of disappointing her mother, Joan, an immigrant from Ecuador who had worked hard to become a successful lawyer that out-earns her husband, Rachel’s father, Peter, who has a trust fund. The tension between the parents is visible to both kids – Rachel and her brother who was adopted – and we can see how this affects Rachel, in that she feels that it is her responsibility to be perfect and live out her parents’ dreams for her (i.e. her mother pushing Rachel to study for the LSATs to get a perfect score and work at a prestigious internship to counteract the negative impact of the semester off on the career plan that she and her mother had scripted since she was in kindergarten). So, as the play unfolds, we see how the extremely high expectations from Rachel’s parents have fueled and encourage her perfectionism, which most definitely contributed to the development of her eating disorder.

As Rachel returns home, she is supposed to follow a strict meal plan to support her recovery, which her father emphasizes in contrast to the mother who chooses to drink coffee instead of eating meals. Throughout the play, we see Rachel exhibit eating disorder habits such as carefully examining the sizes of the four bagels, eating meals very slowly, wiping the dressing off her salad, removing her clothes to weigh herself (on a scale which her mother was supposed to have taken away, and instead just hid it), and finally binging on pumpkin pie and then making herself vomit. While she was supposed to be recovering thanks to her time in the inpatient unit, which she recounts as being a horrible and traumatizing experience, we see her struggle with these ED behaviors as the pressure from her parents, particularly her mother, increases.

Rachel understands her ED as an attempt to call attention to her mother’s unhealthy eating habits. In a poem, she likens herself to a knife, and feels that she had to develop a severe case in order to demonstrate to her mother that her own behaviors are just as unhealthy. The play ends with Rachel breaking down and yelling at her parents, telling her mother that it’s okay to not have to be so thin and that she doesn’t need to engage in these behaviors, and that the mother’s “healthy” diet is just as bad as an ED. Rachel also argues that her father should not promote his wife’s unhealthy habits.

This dramatic play displays a complicated family dynamic that, demonstrating the importance of parent-child, particularly mother-daughter, relationships on people’s relationships with food and their bodies. While research does show the link between family dynamics, perfectionism, and ED, this play tends to externalize blame – both onto the mother, but also white males, like the father, for promoting and encouraging this behavior so that women are thin for them. In this way, it equates eating disorders with diet culture.

While I am glad that eating disorders, and mental health in general, is being highlighted in the arts, I have some issues with the play. There are certain parts, particularly Rachel’s eating disorder habits that resonate and demonstrate the horrible things that individuals that suffer from an ED are compelled to do, as well as the pressures and stressful relationships that can occur in families. The play did bring to light important aspects of what it means to suffer from an eating disorder, which I think it is very important for the public to see and discuss, especially those who have never experienced it. However, it doesn’t make sense to me that a daughter will develop an eating disorder in order to show her mother that she has one. I do believe that a mother’s unhealthy relationship to food, her body, and herself can be transmitted to her daughter, and even her son. Eating disorders are much more about one’s strained relationship with oneself that plays on perfectionist personality traits and a need for control. Therefore, I found this “cause” for the disorder to be incorrect and lacked insight into this topic, since it externalizes the blame of the disorder and further supports the idea that eating disorders are a choice.

Another point that did not resonate was the idea of the father supporting the mother’s eating habits and that he is to blame for the women’s issues. Once again, this externalizes blame, and fails to recognize the fact that eating disorders, while can influenced by external pressures, are generally internally driven. I found this blame on the white male to be too simplistic, honestly. The play confuses eating disorder with diet culture, and while the two are definitely related, and one drives the other, I think there are very important distinctions between them, particularly related to obsessional behaviors. While many people have disordered eating, not everyone has a diagnosable eating disorder. Yes, diet culture is harmful and disordered eating is not good, but not everyone descends into an eating disorder, where their habits negatively interfere with their lives, where they engage in multiple behaviors that involve food or relate to body image and mood, where there obsession around eating disorder thoughts, becomes all-consuming that it impairs focus, and where their ability to function in society is impaired. While diet culture definitely encourages disordered eating behaviors and thoughts, which may develop into an eating disorder, there is already confusion in society about this distinction. This conflation is a problem because it promotes the stereotypes surrounding eating disorders as well as minimizing the severity of them.

All in all, the play was very thought-provoking and demonstrates an important step that we need to take in discussing these issues with each other. I am happy that there are more and more platforms that demonstrate that eating disorders are not simply a matter of “not eating” and that people just need to eat more food; they are much more complicated. I also wish I was able to attend one of the productions “talkbacks” that occur once a week after one of the Rinse, Repeat performance, where organizations such as NEDA (the National Eating Disorders Association) lead discussions and answer audience questions. While the play is closing in NYC, I hope that Feraud can continue to show this play in other cities and that she continues to force people to engage with these tough issues by writing and acting in more plays. Eating disorders

Eating disorders are serious mental disorders that impact many college students, as well as teenagers and older adults. According to the National Eating Disorder Association (NEDA), national surveys found that about 20 million women and 10 million men in America will have an eating disorder (ED) at some point in their lifetimes. Despite how common they are, the illness is full of secrecy, shame, and guilt, and it’s time to start talking about it. 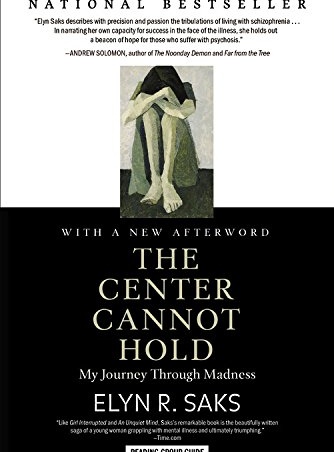 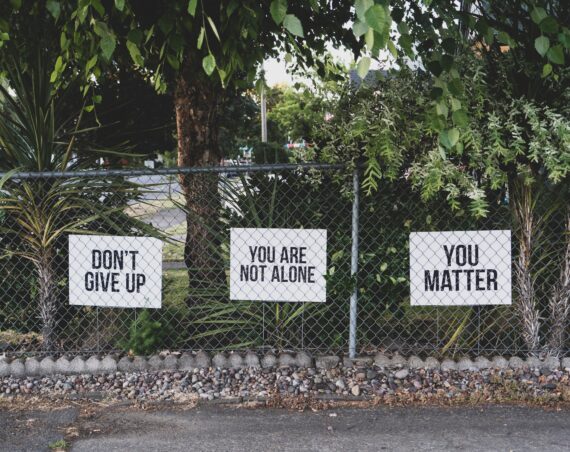